Having fun with Crouton

Chromebooks run ChromeOS, which is based on Linux but is made to appear running only the browser. Even though we can do so many things with just the browser these days, I stil have a few reasons why I need to keep a notebook that is not a Chromebook around me: Gimp (very occassionally when I take photos and need to touch them up), Calibre (to manage and populate a Nook Glowlight with eBooks) and GnuCash (to balance my checkbook).

Since I replaced it with Toshiba Chromebook 2, my old Samsung ARM Chromebook was looking for a good alternative use, and I thought I may be able to use it to run GnuCash under Crouton. Crouton is a tool to let us run more traditional Linux distros in a chroot environment on ChromeOS devices. I learned that it recently got better by allowing its virtual desktops shown in separate windows, side by side with native Chrome browser windows. One downside of Crouton is that it can only run under developer mode, side-stepping the ChromeOS's security model.

Even though I cannot turn my primary Chromebook to developer mode (because it has to be enrolled for enterprise access to access the workstations at work), I can sacrifice the ARM Chromebook that has now become redundant.

So, following instructions from the primary site of crouton, here is what I did:

A few tips I had to figure out by trial and error that I didn't find on the Web (I am not saying these tips do not exist elsewhere; I am saying that I didn't find them ;-) are:
(Left side runs Crouton in its own window, right side is just a normal Chrome browser) 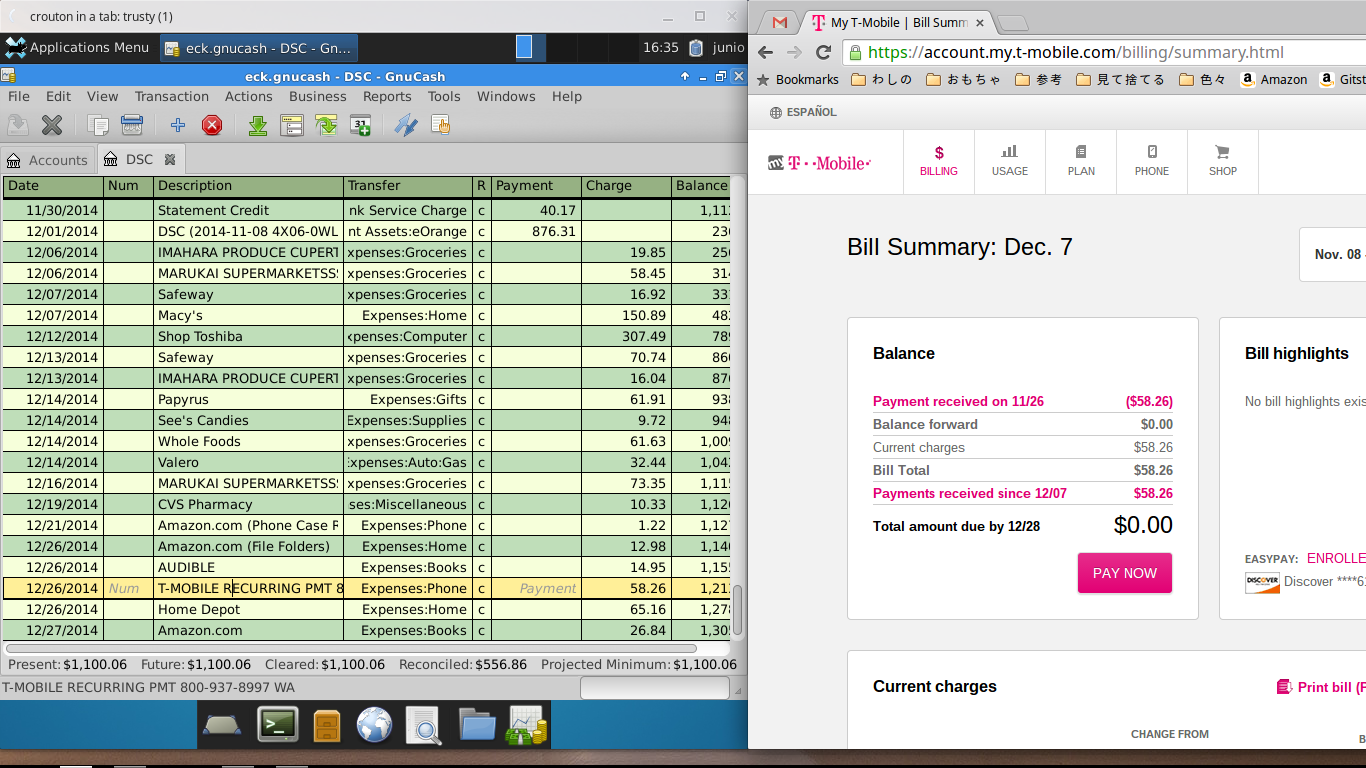